Dad was born on the longest day of the year in 1918. World War I was just ending. The United States was about to enter the Roaring Twenties. Flappers. Jazz. Bobbed hair cuts and skirts above the ankles! Women didn’t have the right to vote, yet. Talkies hadn’t been invented, yet. There were no colored motion pictures, televisions, cassette tapes, VHS tapes, CDs, DVDs, computers, cellphones, or electronic books. People weren’t traveling around in jet airplanes, and humans hadn’t yet landed on the moon.

Dad lived through the Great Depression, served in WW2, adventured and climbed mountains on six of our planet’s seven continents. He had the chance, in his life, to climb Mount Kennedy with Bobby Kennedy, and to become friends with astronauts and explorers, artists and writers. He has made an amazing life for himself. (You can read about Dad in Wikipedia here.)

But on that longest day of the year 100 years ago, he was just entering the world. I can’t imagine anyone could have foreseen on that day the changes Dad would see in his lifetime, or the incredible life he would lead. Or that he would live to see his 100th birthday.

Happy birthday, Daddy! I am so proud to be your daughter! 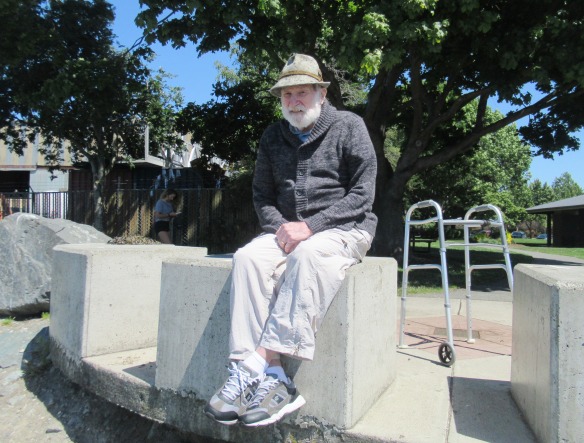