Life and goodness are immortal. Let us then shape our views of existence into loveliness, freshness, and continuity, rather than into age and blight.
– Mary Baker Eddy

A few years ago there was a news story about an “elderly woman” who got swept away in a flood. I felt so terrible for this poor elderly woman when I started to read the story – I could picture her frail elderly arms struggling helplessly against the flood and my heart went out to her. But when I got to the end of the story, the writer wrote, “The sixty year-old woman…” and… yeah… although I still felt horrible for the poor lady… WHAT THE HELL?!!!… the writer considered this sixty year-old woman ELDERLY?!!!… SERIOUSLY?!!!!!

That story stayed with me.

None of my other birthdays freaked me out – 40? I had a two year-old at home – who had time to think about getting old?? 50? Piece of cake – I’d just gotten my Master’s, published my first book on Amazon, and was about to have a story featured in *Newsweek* – the fifties were looking good. But 60 – the prospect of turning 60 was freaking me out big time.

Coincidentally, I’d been asked to do the readings at church on the eve of my birthday. Seeing as how my readings are usually “all about me,” the topic I chose was – duh – “aging.” I read the story of Abram picking up and moving cross-country at the age of 75 and his wife, Sarai, giving birth at the age of 90. In the Christian Science textbook, Science and Health by Mary Baker Eddy, I found: “The measurement of life by solar years robs youth and gives ugliness to age… Manhood is its eternal noon, undimmed by a declining sun. As the physical and material, the transient sense of beauty fades, the radiance of Spirit should dawn upon the enraptured sense with bright and imperishable glories.” And: “Never record ages. Chronological data are no part of the vast forever. Time-tables of birth and death are so many conspiracies against manhood and womanhood. Except for the error of measuring and limiting all that is good and beautiful, man would enjoy more than threescore years and ten and still maintain his vigor, freshness, and promise. Man, governed by immortal Mind, is always beautiful and grand. Each succeeding year unfolds wisdom, beauty, and holiness.” And in the next paragraph: “Life is eternal. We should find this out, and begin the demonstration thereof. Life and goodness are immortal. Let us then shape our views of existence into loveliness, freshness, and continuity, rather than into age and blight.”

I thought of my 98 year-old dad. His life didn’t stop unfolding “wisdom, beauty, and holiness” for him when he hit 60. He’s continued to paint his watercolors, and explore the world, and learn. He’s grown in wisdom, patience, and appreciation for others through the years. His life hasn’t been marked by borders of delineation between “young” and “old” – it’s been one continuous, flowing unfoldment. I believe that, had he appeared to “pass on” at 60, his life would have continued to unfold on “the other side” and brought him to the same place he is here and now at 98. I don’t believe death could have stopped his unfoldment, any more than age has.

Putting together those readings was really helpful to me.

I like to think that as the distractions of youth – vanity, ego, and so forth – fall from me, I will find a freedom and lightness I didn’t have earlier in my life. I like to think Mary Baker Eddy is right about aging, and that I will continue to unfold in “wisdom, beauty, and holiness.”

And here’s some good news:  When I woke up the morning after I turned 60 I was delighted to find that my teeth hadn’t all fallen out during the night and I appeared to still be ambulatory and stuff. 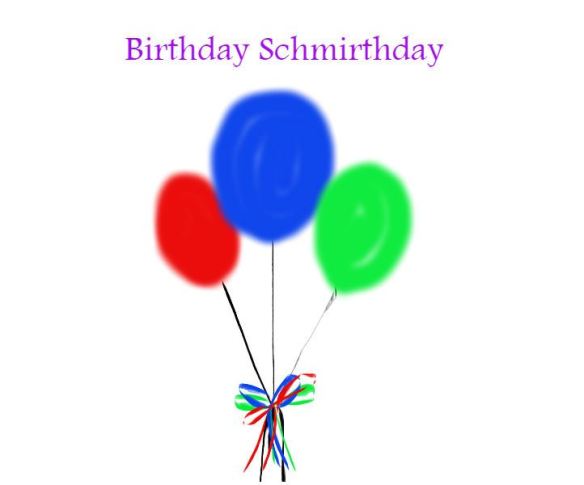 2 thoughts on “I still have all my teeth…”