We went to the local university to watch Gleason the other night. It was a pretty intense movie. Uplifting in parts. Depressing in others. There were three scenes, in particular, that were really uncomfortable for me to watch – two of them because it felt like I was intruding on very private, very personal, moments in another person’s life; and one because it involved a scene of faith healing that made me want to get out of my chair and scream, “Stop it!” to the church people who were making a spectacle of a man with ALS – using him in a way that seemed cruel to me.

People often mistake Christian Science for faith healing. It is not.

Christian Science healing doesn’t involve spectacle or miracle. It’s not showmanship. It’s not a public display. It’s private – sometimes the only person involved is the person who experiences the healing. There’s no begging or pleading with some anthropomorphic god who might choose to heal you, or might choose to not. Although sometimes it’s dramatic, other times it’s just a gentle unfolding – a quiet change of thought – a recognition of Love’s perfect creation. In Christian Science, healing isn’t some supernatural event, but a natural manifestation of Love, Truth, God. In the textbook for Christian Science, Science and Health with Key to the Scriptures, Mary Baker Eddy, the discoverer of Christian Science wrote: “Now, as then, these mighty works are not supernatural, but supremely natural.”

Sometimes I’ve known I was healed before the healing was made apparent, physically. This happened once when I was dealing with a puffed-up hand – there came a moment when the fear completely lifted from me and I knew I was fine – even though my hand still appeared ballooned to twice its size. The next day the hand was back to its normal appearance. (Later, blood tests that had been done on the first day of the puffed-up hand came back from the doctor’s office that indicated rheumatoid arthritis. The doctor’s office wanted me to see an RA specialist – but I told them my hand was completely fine now. The nurse said she guessed I didn’t need to do anything more then – but to let them know if things changed. That was six years ago, and there hasn’t been a return of the condition.)

Other times the physical manifestation of healing has been immediately obvious – the time my little brother was diagnosed by a doctor with mastoiditus, for instance – one moment he was screaming in pain, the next moment he was snoring in peaceful slumber, completely healed. He never had to return to the doctor for treatment, and there was none of the surgery the doctor had predicted he’d need.

There’s no pleading or begging or “in Jesus’ name”-ing in Christian Science healing. Christian Scientists aren’t asking God to do something She isn’t already doing. Mary Baker Eddy wrote in the Christian Science textbook: “The mere habit of pleading with the divine Mind, as one pleads with a human being, perpetuates the belief in God as humanly circumscribed, – an error which impedes spiritual growth… God is Love. Can we ask Him to be more? God is intelligence. Can we inform the infinite Mind of anything He does not already comprehend? Do we expect to change perfection?” A little later she wrote: “Asking God to be God is a vain repetition. God is ‘the same yesterday, and to-day, and forever;’ and He who is immutably right will do right without being reminded of His province… Who would stand before a blackboard, and pray the principle of mathematics to solve the problem? The rule is already established, and it is our task to work out the solution.”

Christian Science healing doesn’t come from a blind, emotional faith in Jesus or a man-god. For me, healing comes hand-in-hand with a growing understanding of the power of universal divine Love, and of myself as a perfect reflection of Love. And you don’t have to belong to any particular religion to have access to this healing power of Love, either – it’s available to everyone, regardless of religion or non-religion. Mary Baker Eddy wrote: “In divine Science, where prayers are mental, all may avail themselves of God as ‘a very present help in trouble.'”

Anyway. After watching Gleason the other night, I just felt the need to share my thoughts about all of this today. I have huge respect and admiration for the manner in which Steve Gleason and his wife have faced the challenges they’ve faced in the last five years, and for the decisions they’ve made during this time. Their decisions have come from their love for each other and their families. And Love, in Christian Science, is God.

“…I did not feel God as most people see Him. I did feel something larger than myself, something in the mountains and the glaciers and the glowing sky that, in rare moments, reassured me, and made me feel that the world was orderly and loving and good… It was simply a silence, a wholeness, an awe-inspiring simplicity. It seemed to reach me through my own feelings of love, and I have often thought that when we feel what we call love, we are really feeling our connection to this awesome presence… It wasn’t cleverness or courage or any kind of competence or savvy that saved us, it was nothing more than love, our love for each other, for our families, for the lives we wanted so desperately to live.”
– Nando Parrado, Miracle in the Andes 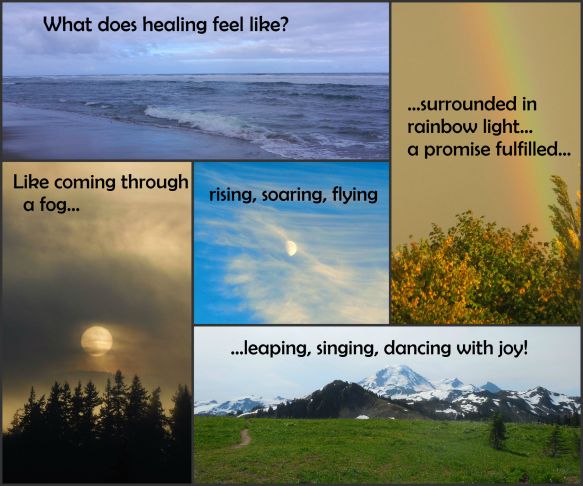 8 thoughts on “On “Faith Healing””