Colleen was born the youngest of ten children to Christian and Ida (Miller) Haag on December 26, 1927 in Pasco, Washington.

During the summers between college she worked in the souvenir shop at Mount Rainier National Park, where she met her husband, Dee, who was a park ranger there.

Colleen “Mozzy” Molenaar was a treasure. She was fun and feisty and had a wonderful self-deprecating sense of humor. She taught her children that God is Love, and taught them to look for the good in people.

She was a gifted singer and had once been accepted into the Portland Opera Company, but decided, instead, to marry Dee and move to Colorado to begin a life with him.

In her younger years she spent much of her time in the mountains with Dee, hiking and climbing (she climbed to the summit of Mount Rainier twice!).

In her later years she enjoyed crossword puzzles, reading (her tastes were eclectic), caring for her animals (goats, llamas, and cats) at the family home in Port Orchard, keeping her bird feeders filled, watching Carl Sagan talk about the cosmos, and spending time with her children and grand-children.

In 2016 she and Dee moved to LaConner to be closer to her daughter.

She passed away peacefully in her sleep at her daughter’s home in Bow, Washington, on February 21, 2017.

Mozzy is survived by her husband of 62 years, Dee; her daughter, Karen, and son-in-law, Scott Terrell; her son, Peter, and his partner Sheila (Lindula) of Hoodsport; son David Molenaar of Olympia; and grandchildren, Andrew and Alexander Terrell (both of Bellingham), Claire Molenaar (Denver, Colorado) and Casey Molenaar (Olympia), and numerous nephews, nieces, and friends.

She was preceded in death by her parents and nine siblings.

Colleen’s family is grateful for the wonderful people at hospice who helped her through this transition. Special thanks to hospice nurse, Renee.

Thoughts from Moz’s grandson, Casey: I have never seen such an amazing soul, one that the world has had the great misfortune to lose today. No matter the situation, she ONLY gave out love and nothing but and she has been a huge part of my understanding of love and has instilled its importance in me. I believe that the thing I heard from her the most was “God is love” — and that statement, in the entirety of its meaning, looms inside me and will continue to for the rest of my life.

I am thankful to have had such a giving and goofy woman in my life…There aren’t enough words to describe this wonderful lady. I will miss her very much, as will I’m sure every single person who has had the pleasure of meeting her. And truth be told, as I reflect, I am happy; I was fortunate enough to know her and call her a big part of my family.

Thank you for teaching me that love is EVERYTHING. 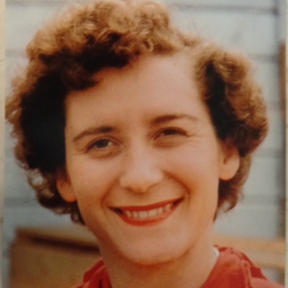 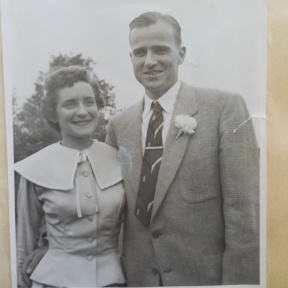 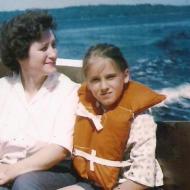 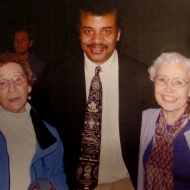 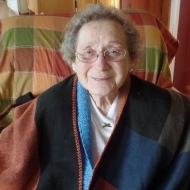