“Presence is needed to become aware of the beauty, the majesty, the sacredness of nature…You have to put down for a moment your personal baggage of problems, of past and future, as well as your knowledge; otherwise, you will see but not see, hear but not hear.  Your total presence is required.”
– from The Power of Now by Eckhart Tolle

“For ye shall go out with joy, and be led forth with peace: the mountains and the hills shall break forth before you into singing, and all the trees of the field shall clap their hands.”
– Isaiah 55: 12 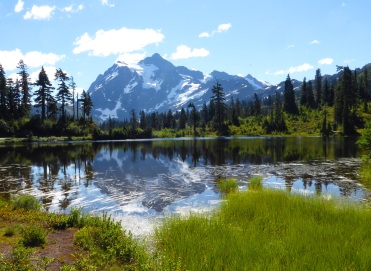 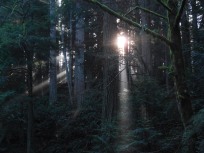 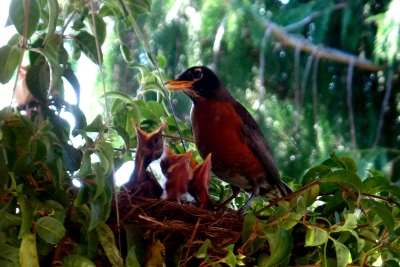 Mama Robin and babies on our porch. (Karen Molenaar Terrell) 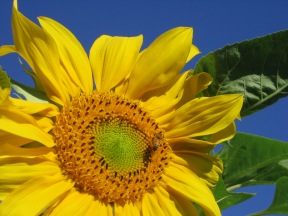 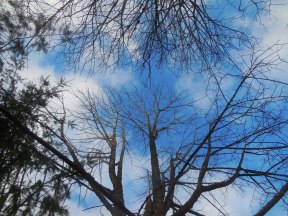 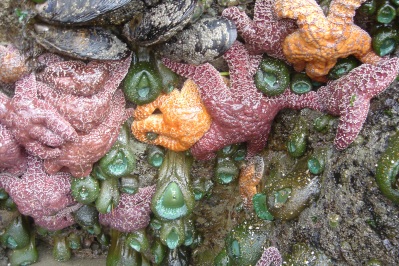 I came around a rock at Lincoln City, OR, and found this rainbow of sea creatures…

A cormorant spreads his wings and eyes me while I take his photo.

On Mount Harvard in Colorado 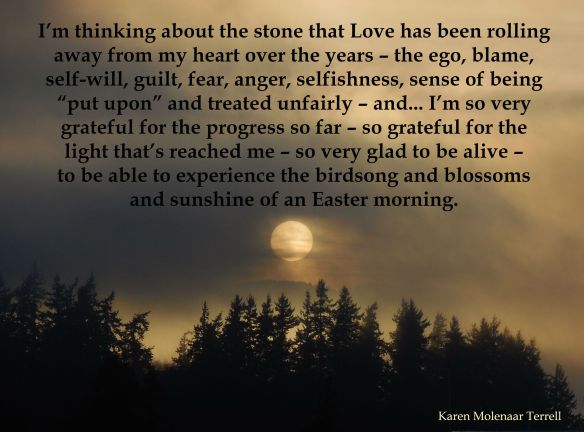 Took an early morning walk and when I stepped out of the house I found myself totally immersed in birdsong, and the smells of blossoms and new green growing things. Started singing the Easter song to myself (with words by Frances Thompson Hill): “Let us sing of Easter gladness that rejoices every day. Sing of hope and faith uplifted, Love has rolled the stone away…” And as I got to that part in the song there was a break in the clouds, and the sunshine landed on my face – warm and reassuring – a blessing, a benediction…

Glory be to God, and peace to the struggling hearts! Christ hath rolled away the stone from the door of human hope and faith, and through the revelation and demonstration of life in God, hath elevated them to possible at-one-ment with the spiritual idea of man.
– Mary Baker Eddy

I’m thinking about the stone that Love has been rolling away from my heart over the years – the ego, blame, self-will, guilt, fear, anger, selfishness, sense of being “put upon” and treated unfairly – and, though there’s still more stone-rolling needed in my consciousness, I’m so very grateful for the progress so far – so grateful for the light that’s reached me – so very glad to be alive – to be able to experience the birdsong and blossoms and sunshine of an Easter morning.

And here’s a cool thing – hope, renewal, love, joy – those things don’t need to be limited to some traditional church holiday, do they? Haleleujah, brothers and sisters!

We can have the glory of an Easter morning EVERY day…

…Every day will be an Easter
Filled with benedictions new.
– Frances Thompson Hill

Thuggery, thaggery, thiggery thoo
United unites us – the me and the you
Trumpery, trimpery, trippery trap
our corporate politicians are waking us
up from our nap
People-power, priorities pivot,
praise for kindness, boycott the bigot
Words are fine, speeches are cool,
but it’s time now to live it,
time now to pool
our resources of wisdom, talent, and heart.
time to stand up and do our part.
– Karen Molenaar Terrell

The end was like the beginning –
the oxygen machine breathing,
making the sound of the womb,
a soothing rhythm in the room
as she slept on the bed next to me.
All is quiet, but for the pumping
of O through her mask. In my dreams
I feel the light brush of angel wings
and fear is replaced by freedom
and limitless joy that comes,
through an opened heavenly portal.
I open my eyes to see the battle
over and done. She has won.
I rise and stand on holy ground.
– Karen Molenaar Terrell

“Angels are not etherealized human beings, evolving animal qualities in their wings; but they are celestial visitants, flying on spiritual, not material, pinions. Angels are pure thoughts from God, winged with Truth and Love… ”
– Mary Baker Eddy

We just got back from our annual trip to Lincoln City, Oregon. We’ve been making this trip pretty much every year since our honeymoon in 1984. I wrote about what this annual vacation has meant to us in a previous blog.

This year’s trip was the first trip we’ve made to Lincoln City since Mom passed at the end of February, and she was often in my thoughts. Two or three times during the day I’d find myself thinking, “I should call Moz and tell her about this!” And then I’d remember I can’t do that anymore.

One of the things my husband and I do on our trips to Lincoln City is look for agates. It was my beloved Aunt Junie, who’d lived for years on the Oregon coast, who first introduced me to the joys of agate-hunting. She’d shown me how to face towards the sun and follow the rock beds, scanning for those pebbles that glow in the sunlight. Those of you who are agate-hunters know the thrill that comes when you see an agate glowing up at you from the beach – that moment when you see the blue or gold or red of an agate peeking out from behind its fellow pebbles and beckoning to you. It’s like being on a treasure hunt.

After years of agate-hunting my husband and I have come to know the most likely rock beds to find agates in – we look for strands of rocks that are about the size of a fifty-cent piece. There are rarely agates that are much bigger than that, and often my eyes just skim over the too-big ones.

But on our first full day in Lincoln City, my eyes caught a glimmer of tell-tale blue in a big old fist-sized rock at the edge of a rock bed. I almost walked right past it – but that blue glow made me stop. I heard myself asking, “Are you kidding me?!” I hefted up the rock – this was no “pebble” – and realized that, although it was encased in a layer of sandstone, inside the sandstone was the biggest chunk of agate I’d ever found on an ocean beach.

We were at the beginning of a six-mile walk when I found this agate, but there was no way I wasn’t going to bring it with me. So, periodically shifting its weight from my right hand to my left, I forged on. After a couple miles my husband took over the burden of The Rock for a bit. Then it was my turn again. Then his. At one point he asked, “What are we going to do with this thing?”

I thought about his question for a moment, and then I told him, “It feels like Moz and Aunt Junie were in cahoots on this one. Like they led me to this big ol’ agate – and knew I couldn’t walk past it without picking it up. I can imagine them chuckling about this one. I think we’ll get it polished and call it The Junie-Moz Memorial Agate.” 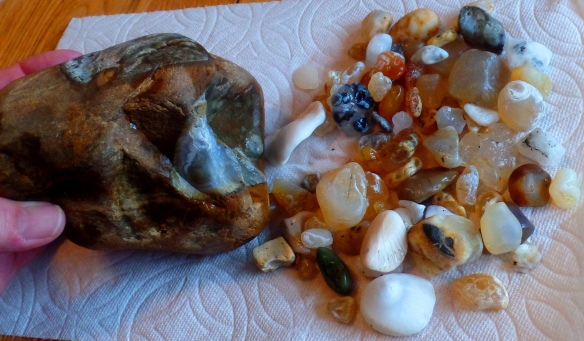 I stopped by Fred Meyer’s to pick up a copy of Mother Earth News for Dad – I wanted to show him my photo in there. I went back to the magazine racks and a woman was stocking them. I asked her if Fred Meyer carries Mother Earth News and she said yes – they sold those right at the check-stands. I told her – because I’m so incredibly humble and self-effacing and stuff – that my photo was in there. And she grinned, all excited, and told me she’d take me right to the magazine. So she walked with me to the front of the store and showed me where Mother Earth News was and I showed her my photo (in the very back). She recognized the area where I took the picture and we talked about Bow and Skagit County, trumpeter swans and snow geese, and just had a lovely chat. I love meeting my neighbors.

And if you find an April/May 2017 issue of Mother Earth News you will see a picture of a red barn and Mount Baker and trumpeter swans on, like, the last page – and yup, that one’s mine. 🙂 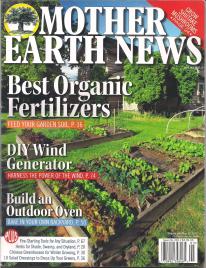 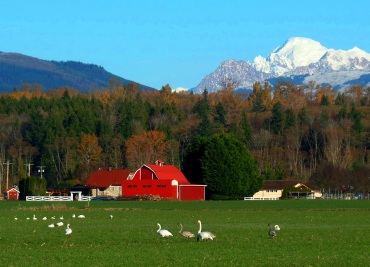